May 28, 2020 — The AggieAir Service Center recently traveled down to Vernal, UT to assist in a Bureau of Land Management (BLM) funded project to estimate the colony size of white-tailed prairie dogs. The scientific imagery gathered will be used to help the BLM reintroduce the endangered black-footed ferret in the area, as white-tailed prairie dogs are a key component to the species’ survival. 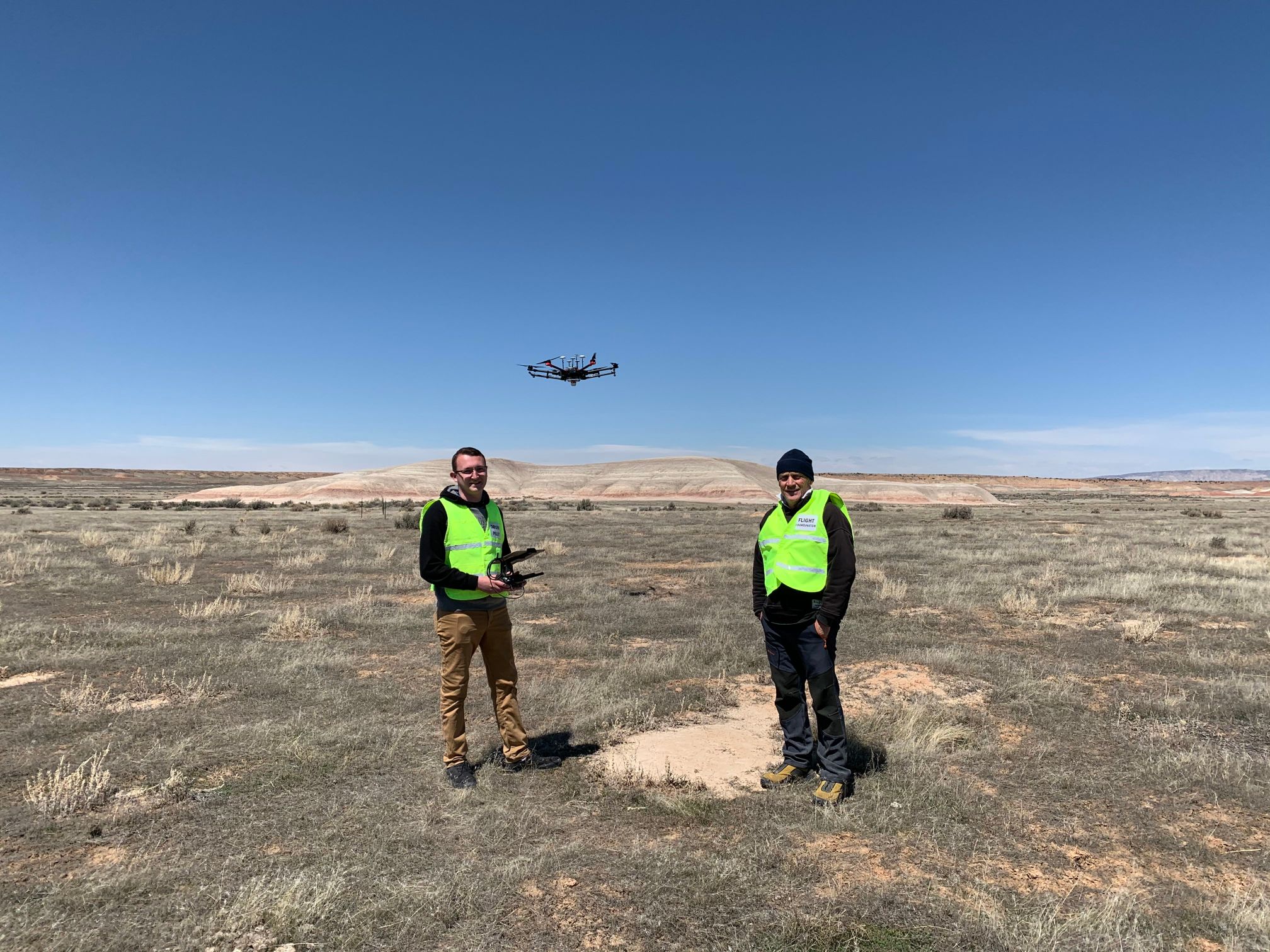 Sometimes called “the rarest mammal in North America”, the black-footed ferret was believed to be extinct until it’s rediscovery in Wyoming in the early 1980s. Since then, the species has been undergoing a reintroduction to several areas in Utah. Because these ferrets eat prairie dogs as their main source of food and live in prairie dog burrows, they need prairie dog towns to survive. However, prairie dog habitats are also threatened by plague, poisoning, and habitat loss and can be difficult to find and measure. Being able to correctly identify and count the white-tailed prairie dog colonies will help BLM biologists reintroduce black-tailed ferrets more successfully in the area and keep both populations healthy.

On April 14, 2020, the AggieAir team completed 3 flights, with the polygons flown ranging in size from 130 to 150 acres. These flights were completed with the team’s DJI Matrice 600 Pro and a MiacSense Altum Camera, at 12 meters above ground level.

These flights will act as a test to see if drones can be used to efficiently cover large areas while also accurately estimating prairie dog colony size. The team is hoping that these flights will be able to measure prairie dog density as well, as both colony size and density are key measures that BLM biologists use to assess habitat for the reintroduction of black-footed ferrets. The BLM also plans to use the data gathered to help ground truth and increase the capacity of their white-tailed prairie dog habitat model, which will help identify potential prairie dog habitat areas that have not been surveyed yet.

Ultimately AggieAir will perform image segmentation for object-based image analysis (OBIA) and supervised classification in ArcGIS based on the imagery and field-collected ground-truthing samples of existing white-tailed prairie dog colonies. This process will locate and quantify all prairie dog colonies within the AggieAir imagery areas to assist current prairie dog habitat models.

For further information on this project, or for more information on what the AggieAir Service Center can do for your research project, contact Ian Gowing at 435-797-3159 or at ian.gowing@usu.edu 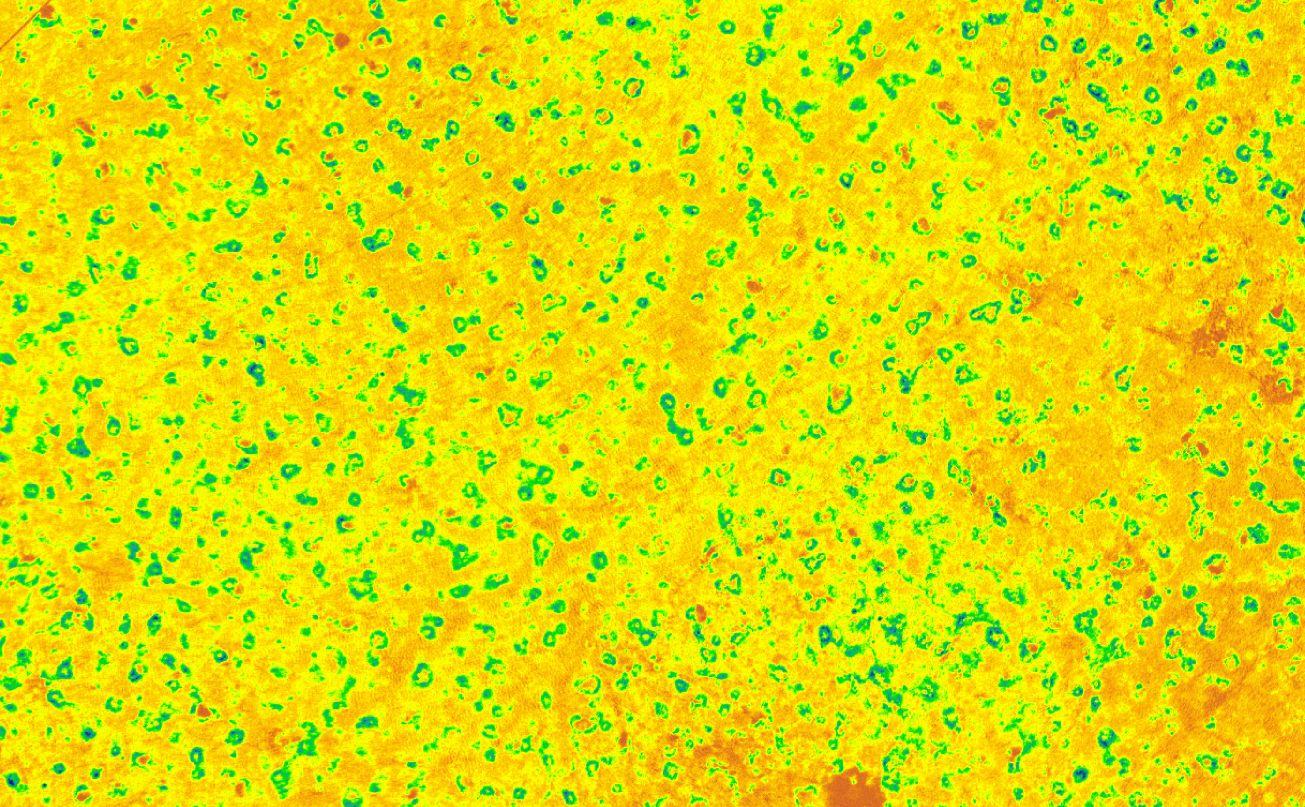 Scientific imagery (NDVI) from the UAV flights, which shows a circle of vegetation around each prairie dog burrow. 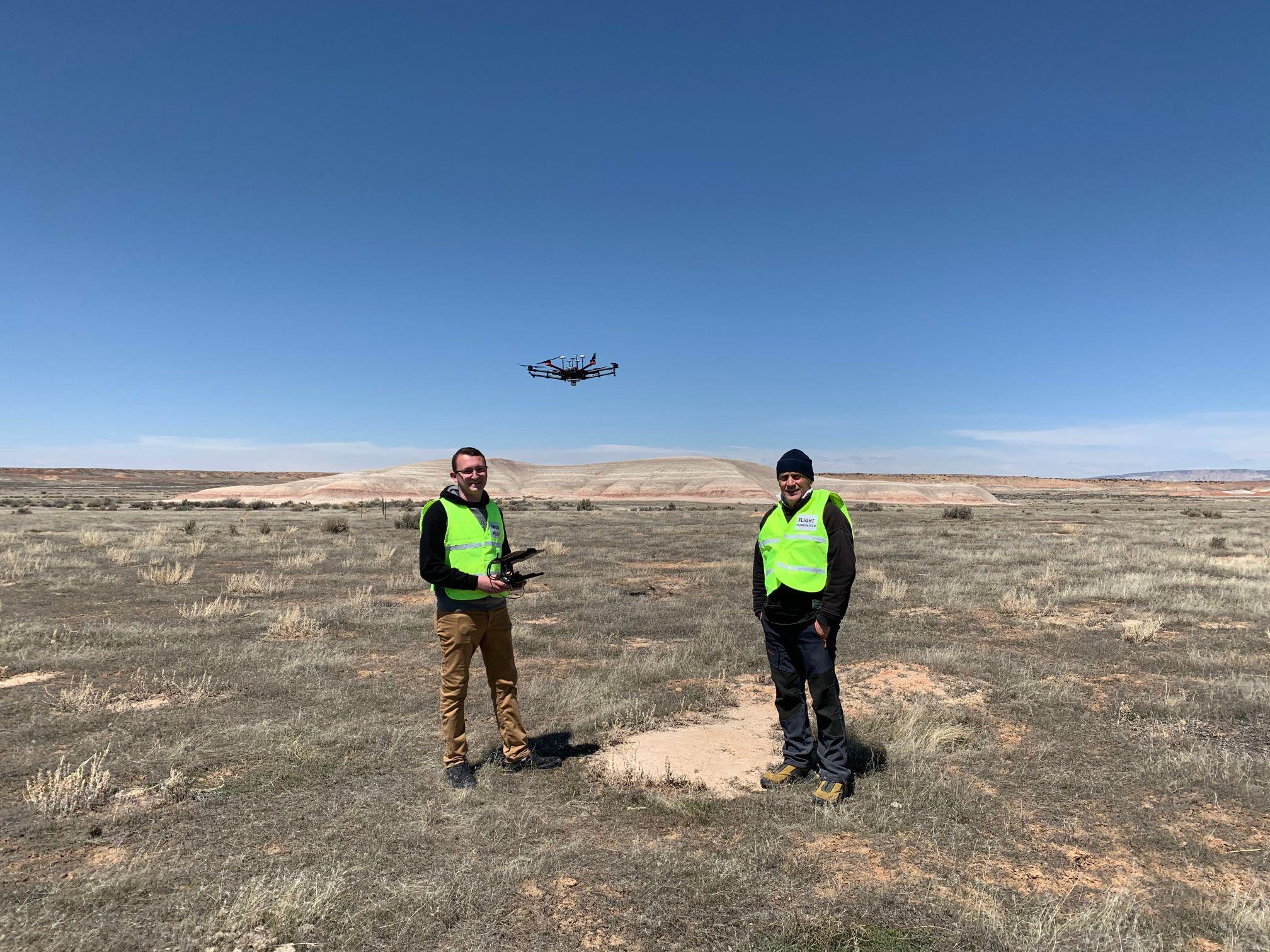 The AggieAir Service Center Team with UAV Matrice above the prairie dog town. 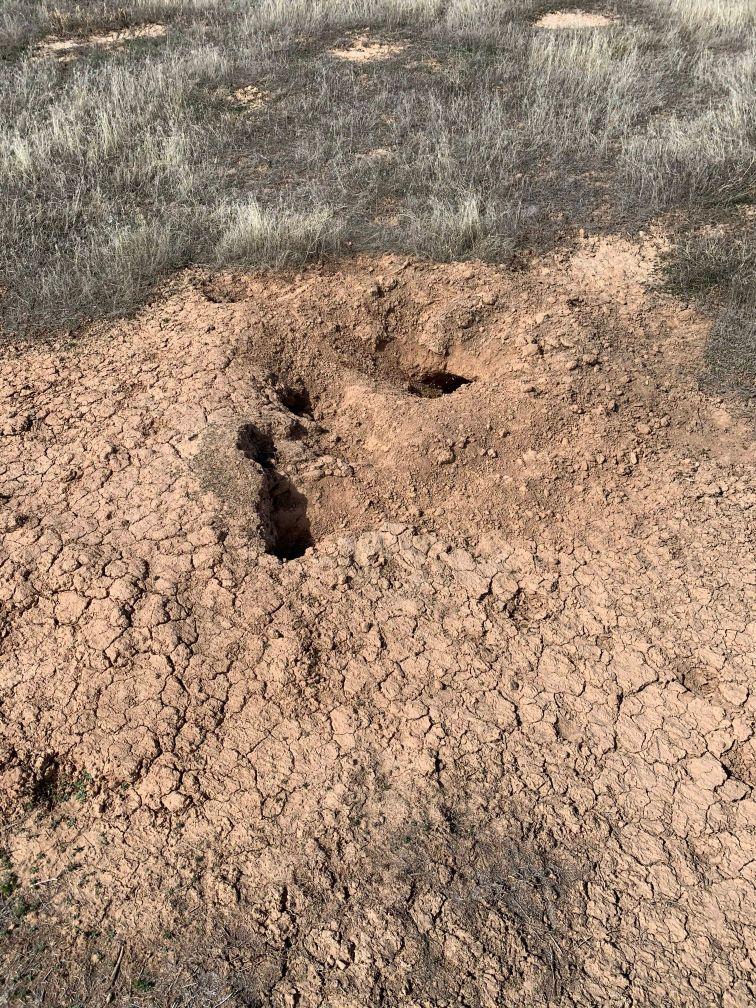 An opening to a White-Tailed Prairie Dog Burrow. 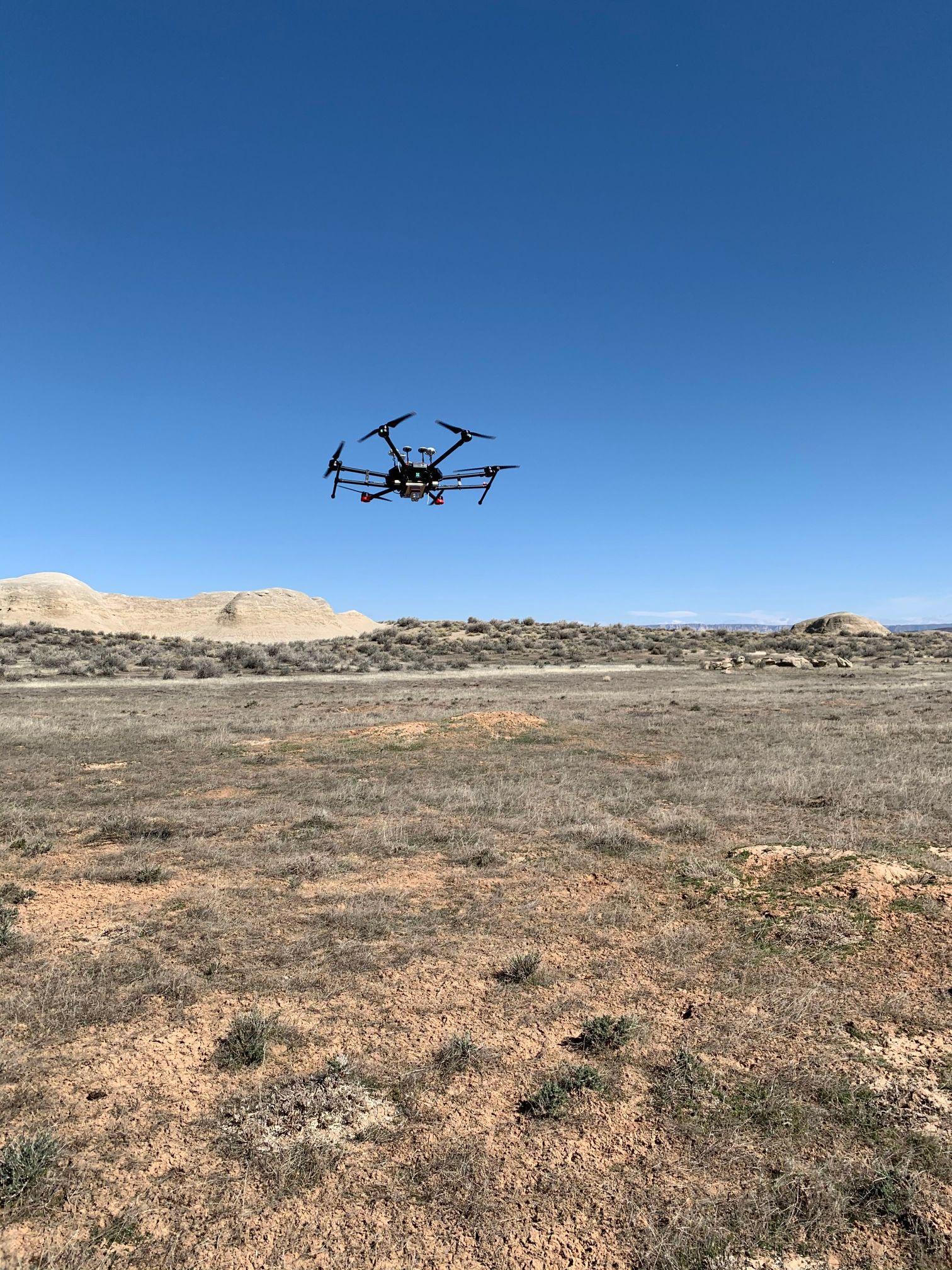 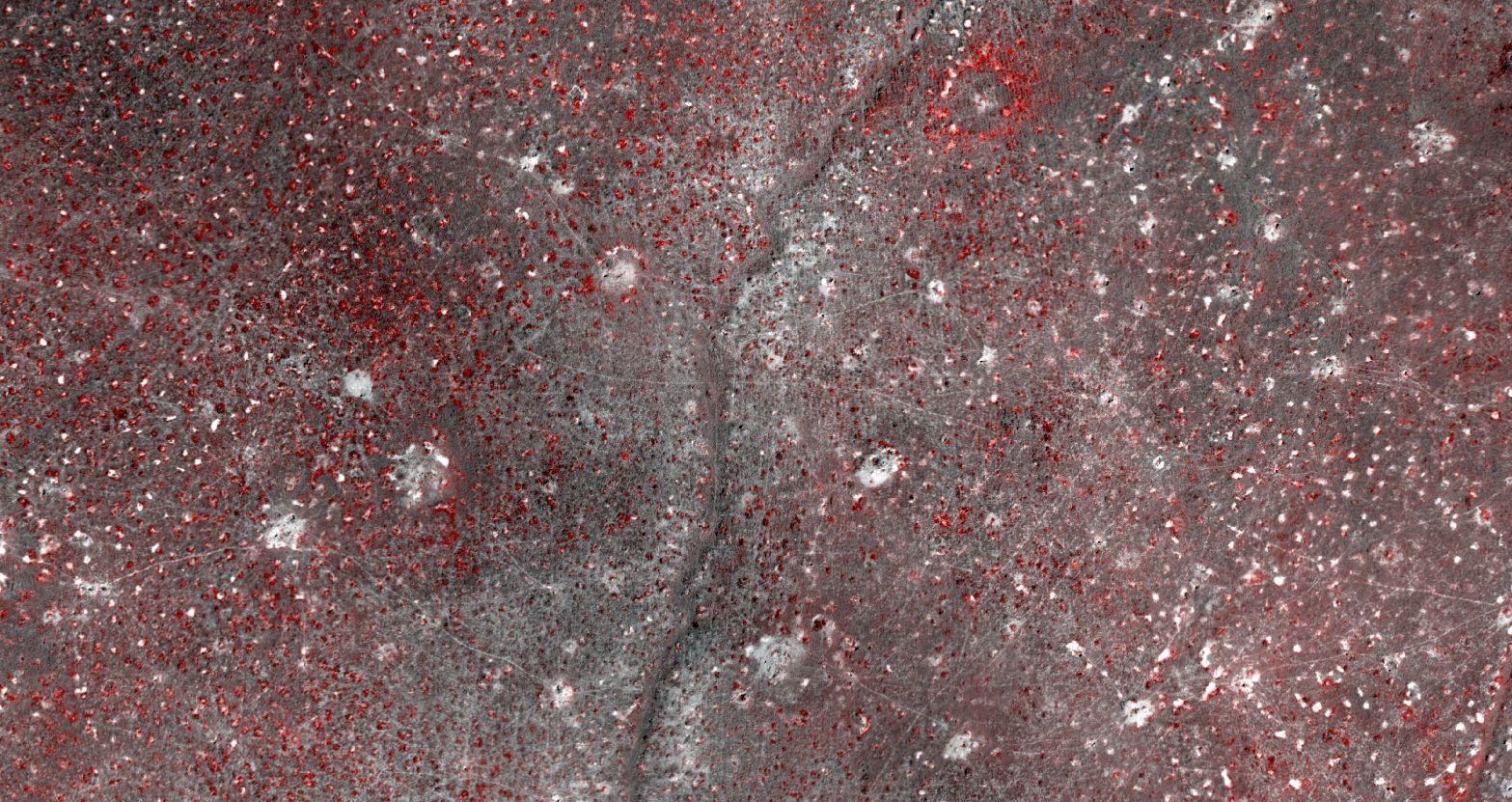 Visual imagery of area covered by the AggieAir Service Center.